Thanks to the really good Big Picture Blog, I've just discovered this really cool tool developed by the Wall Street Journal to visualise the evolution of private and public debt.


Restricting the sample to Western European countries (with Canada and the US included as reference point) and comparing the debt situation in 2001 to that in 2012, reveals some interesting patterns. The Y axis displays the level of public debt as % of GDP, the X axis private debt as % of GDP, and the size of the circles indicates the level of aggregate GDP. 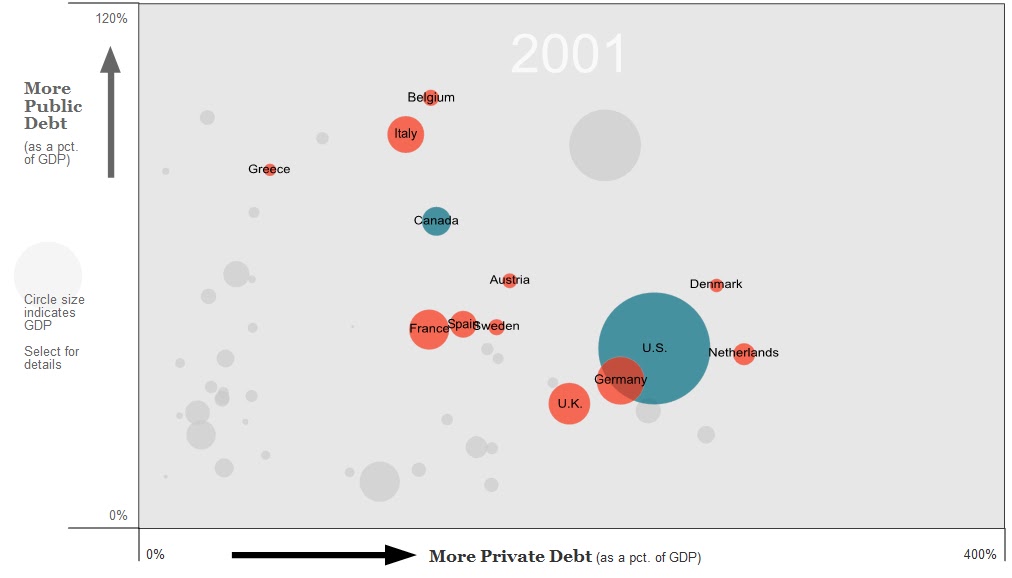 Turning to 2012, a lot of countries have seen their levels of public debt rise (note that Greece prior to the bailout reached roughly 120% of public debt in 2011 - it's now gone down to French levels). Except for Sweden and Norway that fare much better than the rest, one continues to see an possible trade-off between public and private debt. Spain as is known faces particularly problematic levels of private debt (but note also the Netherlands and Denmark). 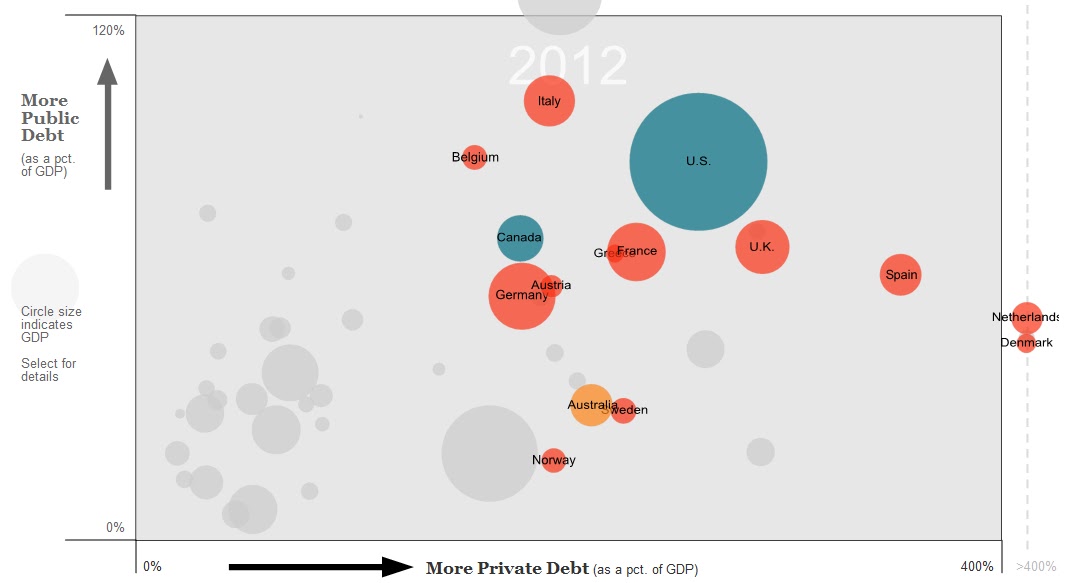