The growing geographical divide in the French electorate

The strikingly good score of the extreme right candidate Le Pen and the comparatively disappointing score of the Front de Gauche headed by Melanchon hides some important geographical features of the French vote.

Using the Le Monde online tool, one can identifies places where candidates received more than a certain threshold of the vote. This reveals that Le Pen performed particularly well in the North East while Melanchon's stronghold seem to be in the South of France. Interestingly, Le Pen also did well in the South East (Diagram 1).

This North East - South West divide is also apparent for the candidates of mainstream right and left wing parties, with Hollande doing well in the South west and Sarkozy in the North East (Diagram 2). 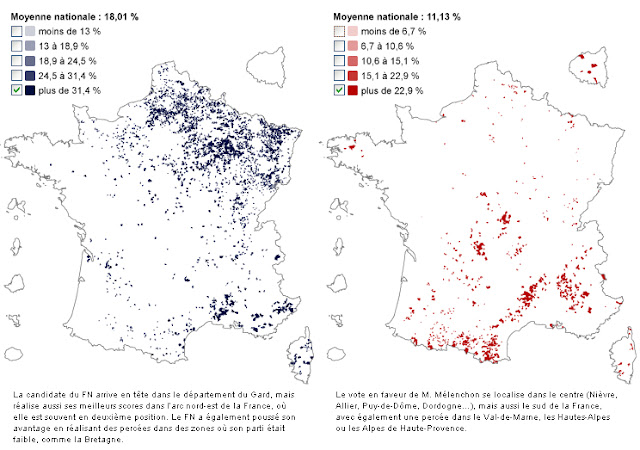 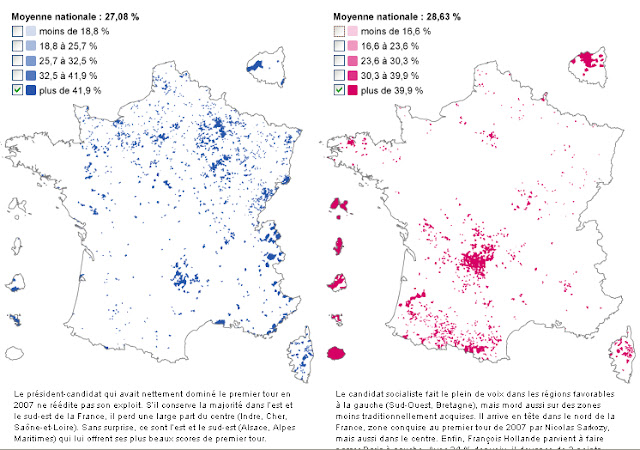